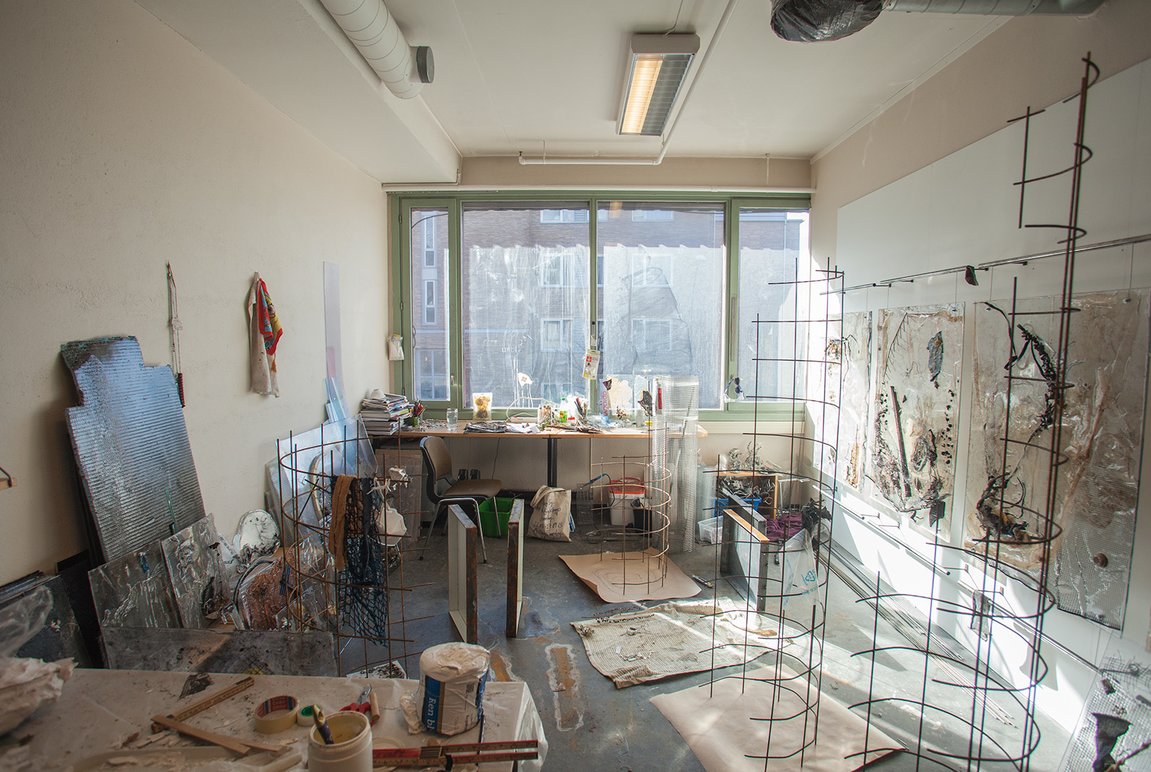 Oslo Open is an artist-run festival that was established in 1999 by a number of major art institutions and artists in Oslo. The goal then, as it is now, is to give artists an alternative venue to show their work, and alternatively, be provided with the opportunity to be discovered outside of established institutional art settings. Somewhere between 350 and 400 professional artists open their studios in Oslo each year to give the public an unmediated meeting with their art.

The 14 key art institutions behind Oslo Open constitute Oslo Open’s reference group. The group is represented in the board of directors and contribute with knowledge, input to the program and partial financial support to the festival. Oslo Open is an independent non-profit that has been organised eleven times since its inception in year 2000. The idea behind Oslo Open was introduced by Gavin Jantjes in 1998 and today we find similar projects in other Norwegian cities, such as Bergen (B-Open), Trondheim (Trondheim Open), Tromsø (Tromsø Open) and Stavanger (R-Open).

The aim of the event is to establish new points of contact between art and the public. The Studio is the artists’ daily workplace, usually an exclusive place, inaccessible to people outside the professional art world. Oslo Open provides the public with a glimpse “behind the scenes” into the processes that lead to a finished work of art. Oslo Open is thus a non-curated event that offers a unique and informal meeting between artists and the public in a varied selection of artists’ studios.

“Now, in its tenth year Since 1999, Oslo Open continues to provide an opportunity for artists to open the doors to what are usually somewhat off-limits studios. Conventionally, the atelier is a semi-private space, housing ideas at their embryonic development – but for two days during Oslo Open, they become dialectic playgrounds where the ideas and ambitions of the artists can be explored by the outside world.”
Institute of Equilateral Thoughts, 16 April 2016

Each participant at Oslo Open is required to show an online presentation of their work, consisting of either images, text or video, that best represent their work. We are spoilt for variety and choice here; some showing extensive and thoughtfully considered selections, other sparse, improvisational or incomplete – all of them put together reflect the variety of studios you choose to visit in Oslo, during the third weekend of April each year.

Want to be our friend?

Now you can join Oslo Opens Friends!
Support our beloved festival and help us to preserve it as a free event for the city’s population. Mark your gift “Oslo Open Friends” and pay to this account number: 96803588365 Send your name and address to info@osloopen.no marked Oslo Opens Friends and you will hear from us! We would love to publish the names of supporters on our homepage. (You can of course remain anonymous if you wish).

Thank you very much!

…..
Design and development of the website Kord AS
Illustration: Marianne Nygård