Her og der is an artist networking project that works as a GPS to guide newly arrived artists to the art field in Norway; the project aims to find an easier way for newcomers to establish themselves financially and creatively within the art community in Norway. A select number of artists are chosen for the project once a year. 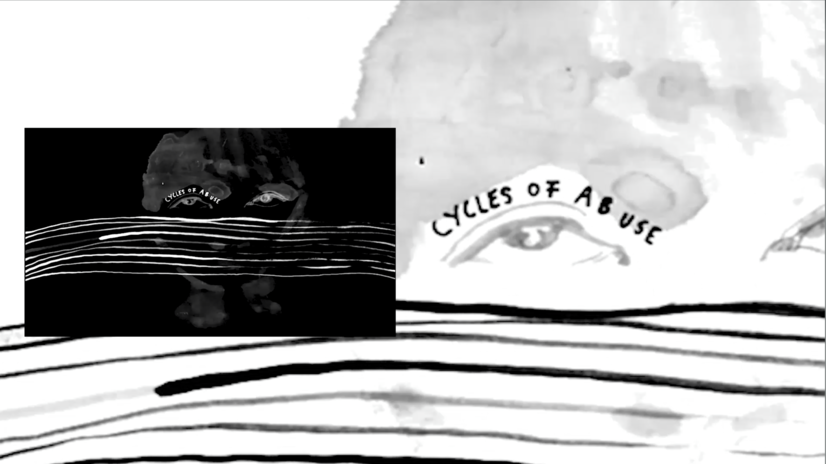 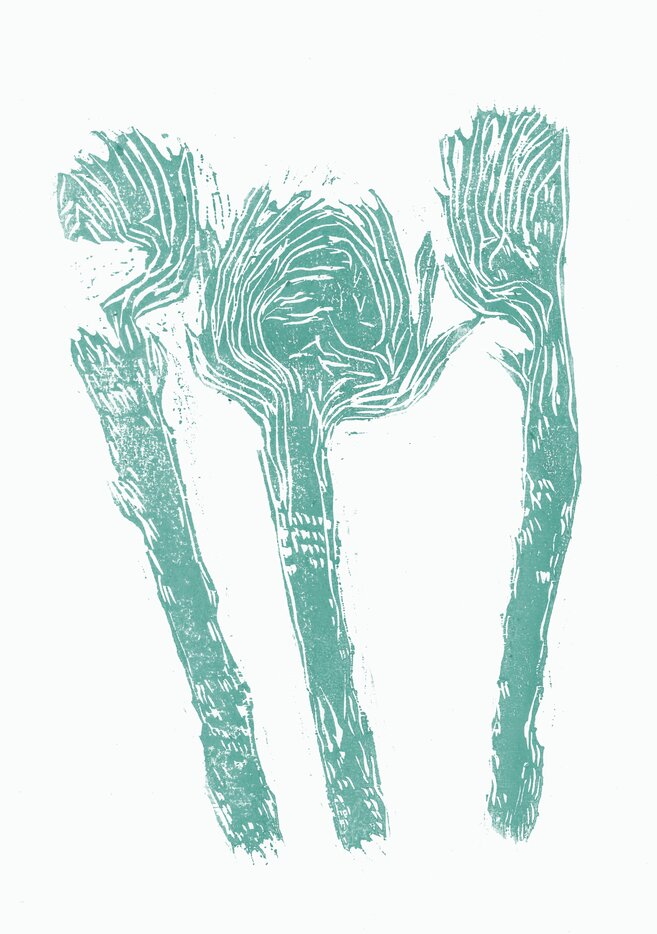 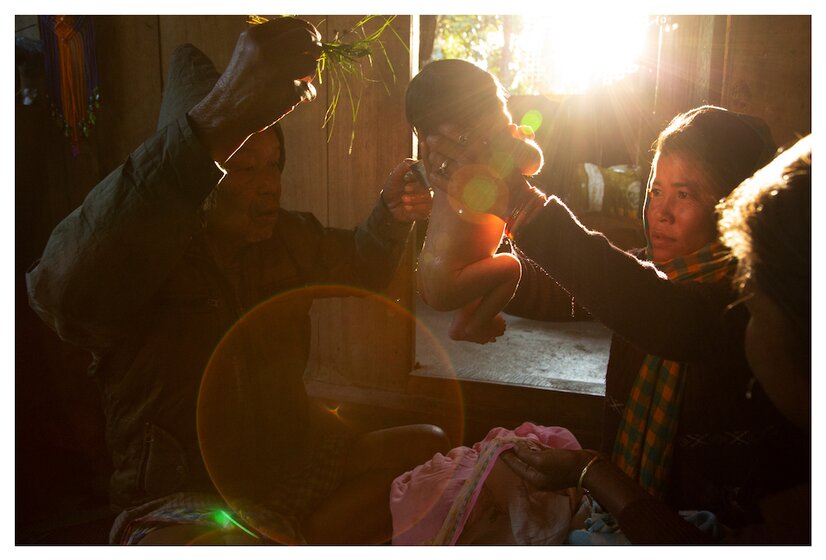 poet, illustrator and translator. Recently, her volume of poems with illustrations “Północ. Przypowieści” (“North. Parables”) (Znak, 2019) has been published and had its premier at the Miłosz Festival 2019. In it, she has tried to understand what it means to be European today with Europe on the axis South-North, thus she spent five years traveling around Scandinavian and Baltic countries. The book by J. Iwaszkiewicz “Kocia książka” (“Cat’s Book”) with her illustrations was nominated for the Most Beautiful Book of the Year 2015. For illustrations to the book by Magdalena Tulli “Ten i tamten las” (“This and That Forest”) (2017) she received the Literary Award of Warsaw. She translates poems and essays from Norwegian, English, Spanish, Italian, French, and from Polish to English. Her poems, essays appeared in “Ny Tid”, “Kultura Liberalna”, “Zeszyty Literackie”, “Gazeta Wyborcza”, “Tygodnik Powszechny”, “Przekrój”, “Lighthouse Journal”, “Carteggi Letterari”, “Twórczość”, among others.

At the moment she is working on a book of poems and a book of essays which talks about current political and human crisis issues through the lens of nature and art.
http://alicjarose.com/

is a multidisciplinary visual artist working in video, Installations, drawings and mixed media. Growing up in Addis Ababa, the capital of Ethiopia that is a boiling pot of different ethnicities, religions and languages, he has always been fascinated by the intersections and tensions that arise from such coexistence of plurals. His recent works that deal with the question of representations of reality and the role of power in the creation of truth/narrative have their roots in his upbringing in a city that brims with an array of ethnic and religious cultures and hosts multiple competing narratives of plural origins. After completing his undergraduate studies in ASFAD and one year of wide-ranging artistic practice he moved to Tromsø, Norway where he studied masters of contemporary arts. His latest works are predominantly informed by his study of the relationship of reality and its myriad representations and how these representations dictate individual and cultural relations.

Martyna Kosecka is a Polish composer, conductor, performer, and researcher in new music, based in Norway since 2019. She studied composition and orchestral conducting in the Music Academies in Kraków and Katowice, in Poland. Through her strong connection with Iran’s culture and art, she is dedicated to promoting contemporary Iranian music through the activities of co-founded Spectro Centre for New Music and artistic co-direction of Tehran Contemporary Music Festival.

Through her music, she experiments with alternative tunings, microtonality, and electroacoustic processing of sounds. Kosecka, with engagement and curiosity, plays with the perception of time and focuses on extracting timbral qualities of each individual sound through a microperspective approach.

is an artist, filmmaker, writer and community organizer. Her roots are in the Southern United States, born in Mississippi and bred in Florida on former Timucan land. Taylor’s work manifests through performance, text, dialogue, dance and community building for Black People and People of Color. Her work centers on themes of ritual, visibility and identity mythology. She is chiefly concerned with ways to dismantle oppressive institutions and the creation of racial equity in art and theater. Taylor has performed and presented work at Chisenhale Gallery, Hebbel am Ufer, Astrup Fearnley Museet and written text for Vogue Germany and Haus der Kunst to name a few. She is newly based in Oslo and has most recently published text at Black Box teater, lectured at Nasjonalmuseet and taught at Norwegian Theatre Academy.

ABHIJIT A. A. A.K.A. ETERNAL HAPPINESS™

is a freelance documentary photographer (from Mumbai, India) who documents human interest stories. He is currently based in Oslo, Norway. He has an extensive experience of photo-documenting the works and projects of different aid, humanitarian organisations and NGOs (including the Red Cross in conflict areas) on the field, in difficult and conflict-ridden areas.

Currently, he is in the final stages of publishing an exhaustive photo book on the Toto tribe of India. Totos are a less known and an indigenous, endangered tribe who reside only in Totopara village and who are only 1600 in population. This photo documentation encompasses the life cycle, traditions and the culture of the Totos and most importantly the changes in the lives of the Totos due to globalisation and modernisation.

is an artistic collective provoking action and thought at the intersection of architecture, arts, urban interventions, and social sciences. It is established by Alla Onopchenko & Ioulia Eleftheriadou and is based in Oslo.

After shared educational experience in Sweden and working in different cultural contexts such as Ukraine, Greece, and Norway, this partnership emerged from a common interest in addressing design as an answer for societal challenges. Important aspects of their work are engaging with context and creating bonds with communities in order to produce site and situation-specific proposals, full-scale installations in the physical environment. They work through artistic experimental research, public events, and tactical interventions. They support green economies with timber construction and use recycled, reused, and low emission materials.

Daria is a freelance illustrator and art teacher based in Oslo, Norway. She studied art education at Leningrad State University named after A.S.Pushkin. Daria works with commercial illustration, storyboards and graphic design. Daria’s images are quirky, fun and wonderfully detailed. Her series of illustrations of Oslo landmarks shows her deep love for the city. She creates perfect scenes that resonate with locals and evokes pride and nostalgia.

is a Japanese-English animator and draw-er. Her speciality is the dying (or reviving) art of hand-drawn analogue pencil-on-paper animation. She is especially interested in making work about minority identities and how they are treated in relation to different social constructs and topics that are still aren’t commonly discussed. For example, subjects Beth has previously explored include:

the liminal feelings of being both white and Japanese
the history of virginity as a concept
the development (or lack thereof) of contraceptive options for people with penises, presented in a pamphlet aimed at young teenagers
the cathartic potential of free-writing and frame-by-frame animation in relation to trauma and mental health issues
In 2020 Beth was granted the Silver Award in Best Online Video: Short for her collaborative animation ‘Visiting Day’ in the Canadian Digital Publishing Awards. She dreams of winning BAFTAs and becoming a therapist.

is an Australian/British musician and multidisciplinary artist based in Oslo since 2017. She is classically trained in violin and voice with Bachelor in Composition (Sydney Conservatorium of Music in, 2004), and a Masters in Music (WSU, 2006).

Visobel has developed a distinct sound playing with dissonance and dark, rich textures and tonalities. Folklore played a large part in the music and stories of her upbringing forging a strong connection to the telling and preservation of stories through metaphor with a belief in their power to affect change in the modern world.

As a performer, she employs varied combinations of sound, composition, text, drawing, painting, textiles, interactive installation and most recently, experiments in video projection. Her work is most often a reflection of her own experiences and observations addressing the recurring themes of grief, trauma and healing with particular emphasis on women, intuition and the importance of having a voice of one’s own that is not only heard but visible.

Currently, she’s exploring how sound and spaces can transform and heal us, and if the gesture can be reciprocated. https://vimeo.com/468487459
https://www.facebook.com/visobelblack