The core of my work are rocks. Geological time and phenomenon are overarching theme, with underlying references to art history.
I use the photography as a tool to develop hidden layers of information and aspects of the stones. The photography manipulates scale and suggests new landscapes that have no geographical location. The photos are without human presence; it opens up a hidden world that shows us how the objects were before we arrived, objects as they are when they are for them self and that they will outlive us.
Through the reduction of the photographic fragment one can sense monumentality, suggesting an alternative understanding of geological time.

The work explores the anonymous stones, void of any intrinsic material value. The stones I pick up from the ground tell stories of their geological cycle and how it ended up there. They often have sharp lines and edges that show a rawness and detail on the surface.
Through detailed castings, the stone goes from original to copy. The copy represents the stone only through shape and surface. The outer shape and surface tells us about the stone as a witness of deep time. The stone’s shape becomes clearer when reduced to surface and taken out of its original context, its geological cycle. I put the stone copies into new contexts, where attention is paid to their immediate visual information. Traces of time.
The different aspects the work contains, shall show us the extremity of the life of the rocks, from fragment to the monumental mountain ranges. 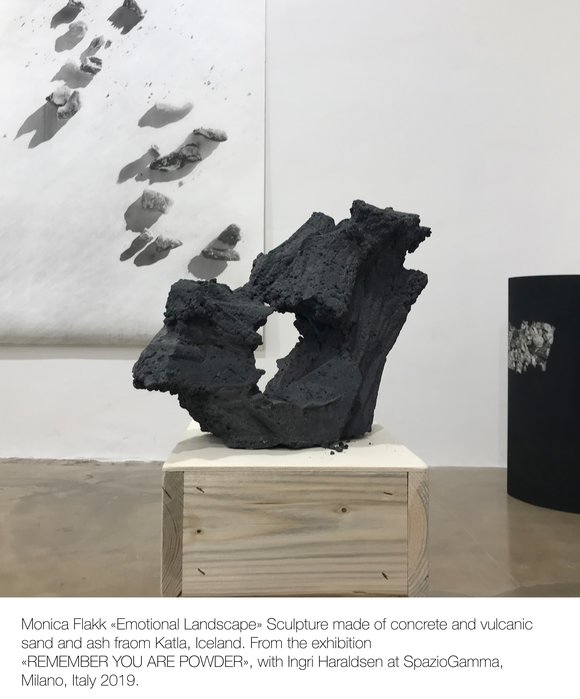 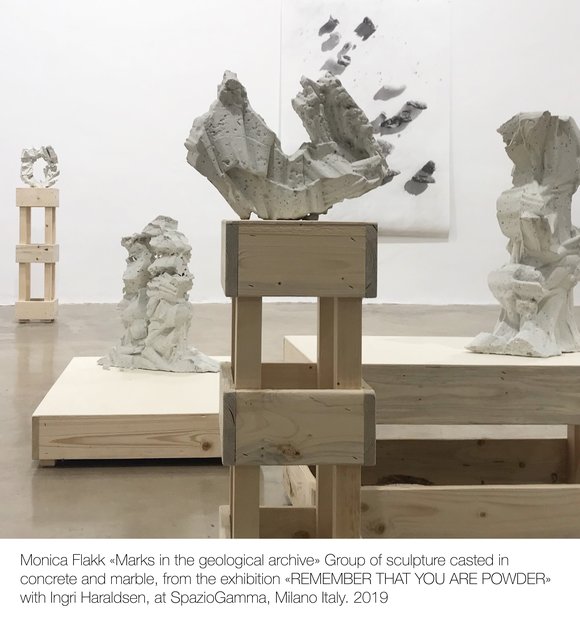 IN THIS PERSPECTIVE
Photo: Monica Flakk

2009 Group Exhibition, “You could let it grow” Gallery Brenneriet Oslo